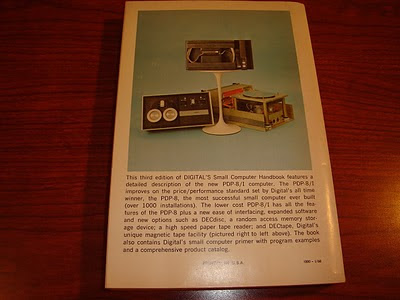 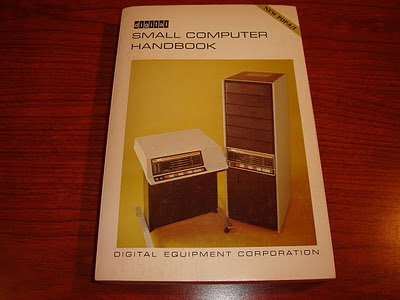 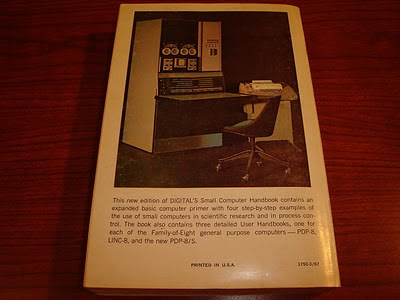 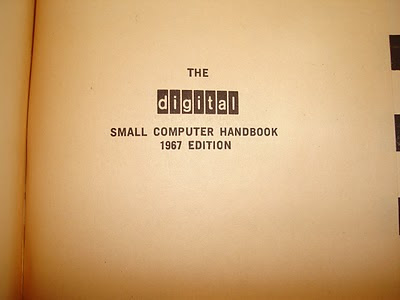 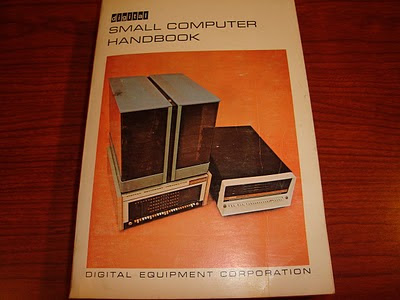 I'm not 100% sure about this.... but Woz referred to a "book on computers" as his Bible in the 1996 documentary film, "Triumph of the Nerds" hosted by Robert X. Cringely. Woz did not mention the name of the book, but it is believed the book he was referring to, was one of the editions of the DEC Small Computer Handbook for the PDP-8 (I read this somewhere a few years ago... I am still digging to find out where I found this information originally).
Here are 2 that I have in my collection. One is the third edition, and the other is referred to as the 1967 edition. Both were published in 1967.
These copies are somewhat fragile and have significant page yellowing, but are still readable.
UPDATE: So this is correct... per Woz
==========================
UPDATE: From Woz --
"Early in my life I found a journal with some computer articles. At that time, it was my bible.
In high school I came across a Small Computer Handbook (PDP-8) and it became a 'bible' to me, although that's a poor phrase. It took me to the next level but then I found how to get many other manuals and I lived on them all. The one I remember was the second of those on your web page. I'm sure that was what was being referred to on the TV show.
In Apple design days, my card that showed the op codes for the 6502 microprocessor would have been my bible. "
Posted by John at 6:16 PM