The article below is from Harry McCracken, Editor @ TIME magazine.  All images here are used with permission, and are provided by Paul Terrell, who opened up the Byte Shop in 1975.  The article link was sent to my by Cameron Cooper.

After a small group of us looked at the PCB images, we noticed this was not a production board,  but a prototype.  We noticed several differences -- the earlier orange sprague capacitors for the power supply, fewer smoothing caps, and in the upper left, components populate the PCB in the 6800 area.  Why? What was this all about?  So I asked the Woz and Wendell Sander if they knew --  See Woz's response below, under the images. 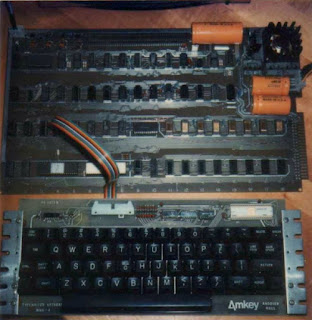 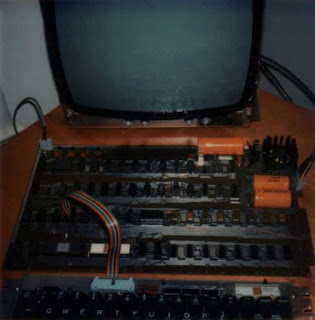 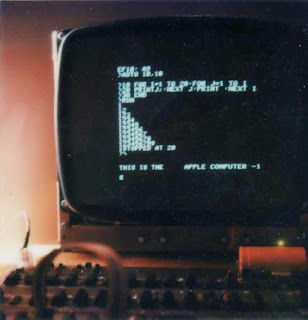 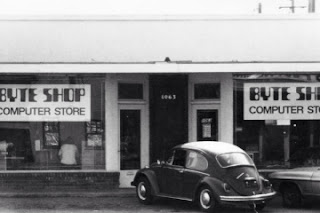 Those components were used to create a stronger, faster clock signal at higher voltage, which was required by the 6501 (and 6800). The 6501 was introduced at $20 when the 6502 was introduced at $25. They were equivalent except for this clocking requirement. I did have at least one 6501 and probably a few more so I most likely constructed this board with it in order to save my more precious 6502. Or I may have just wanted to test that this clock circuitry worked, so we could possibly have shipped Apple I's with lower cost processors.

The main reason the clock circuitry was included went back to my original design, which was for a 6800. The 6800 also needed the better clock signal. I had originally planned on a 6800 since I could get one for $40 from Hewlett Packard, where I was working. But the 6501 came out at $20. My real reason for choosing the 6501 was the indexed addressing modes. I was more a fan of alternate addressing modes, a bit akin to the IBM 360, where register contents were added to form a final address. The 6800 would have been actually the same cost since the $40 deal with HP included a UART (parallel interface chip for keyboard) and a serial chip for modems, as I recall.

Wondering if you guys can shed any light on these images from the Byte Shop.

This PCB appears to have a populated 6800 area in the upper left, and the earlier Orange power supply caps.

Is this an early prototype or were there a good portion of PCBs with orange caps?