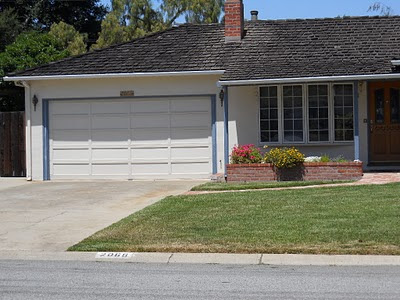 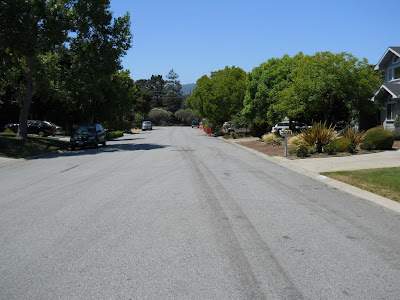 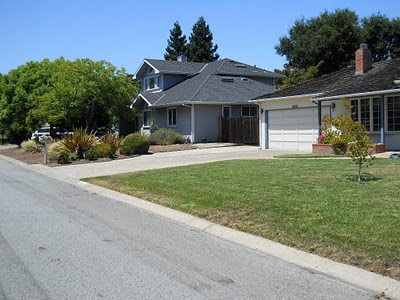 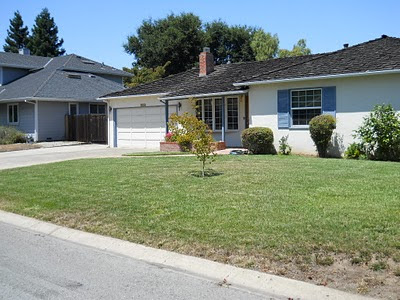 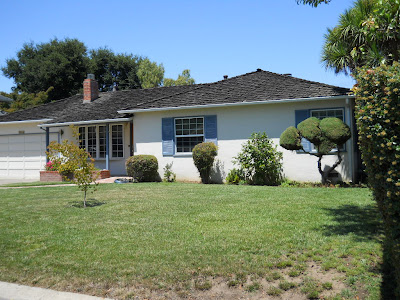 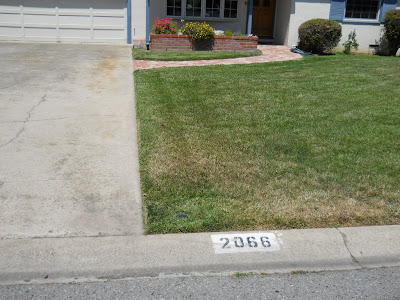 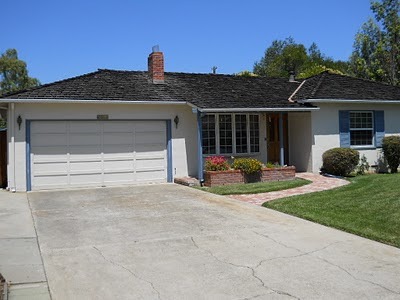 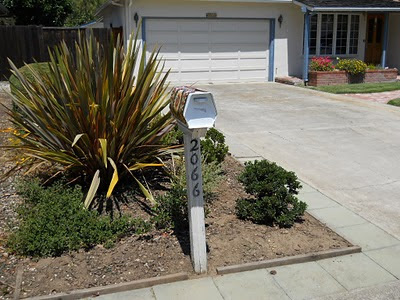 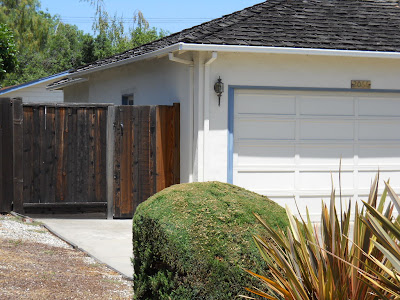 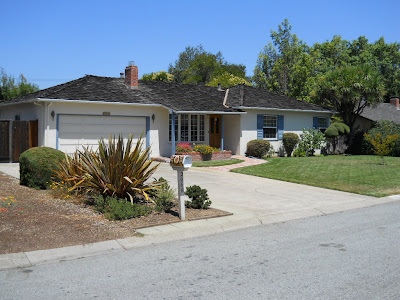 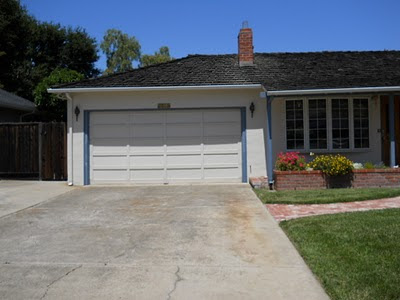 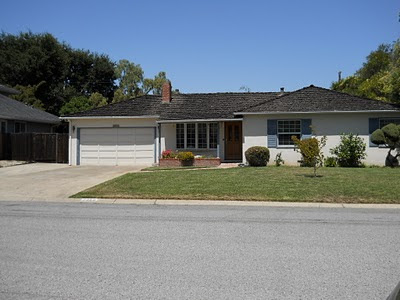 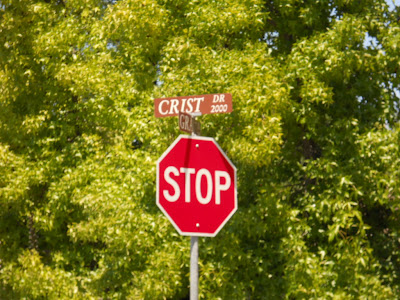 On Friday July 23, 2010 I went to Los Altos with my brother and we stopped by 2066 Crist Drive which is where the Apple-1 printed circuit boards were stuffed with chips, and tested. This isn't where the hand-wired Apple-1 was built, that happened down the road in Woz's apartment, and he worked on it alone. This is where Steve Jobs used to live. For me it was somewhat surreal, as I live 3000+ miles from Crist Drive.
UPDATE from Woz received on Aug 04, 2010:
"The Apple I boards were manufactured and populated with components (sockets for the chips) and wave soldered at some company in Santa Clara. Those boards were driven to the house, and later the garage, where we inserted the chips and tested them. We did no soldering there.
My development work was all done in my apartment in the Villa Serra complex on Homestead Road, between Mary and Stelling. Also, much was done in my cubicle at HP's calculator division (APD) which was then in Cupertino, on Pruneridge Avenue (19925?) slightly East of Wolfe Road."
Posted by John at 12:11 AM