Milestone-Proposal:Introduction of the Apple I Computer: 1976

I've been corresponding with Brian Berg, who was involved in overseeing the milestone-proposals for the first Mac, the Apple 1, and the Apple II.

See the milestone-proposal document for the Apple I here. 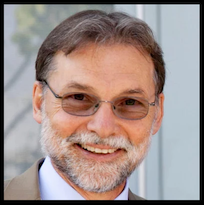 Brian Berg has been a data storage technologist for over 30 years through his Berg Software Design consultancy. His current specialty is flash memory as used in consumer electronics and enterprise applications, and he works extensively with patents and intellectual property. Brian is Technical Chair of Flash Memory Summit, and he has organized, chaired and spoken at over 100 technology conferences and events including at the Computer History Museum.

Brian has a long record as an IEEE officer and volunteer in the Santa Clara Valley Section, including as Section Chair as well as Chair of the IEEE Consultants’ Network of Silicon Valley. As IEEE Milestone Coordinator for the western US, he has secured Milestones for the EEPROM/Flash Memory, the Apple Macintosh and SHAKEY, and he helped oversee Milestones for CP/M, Moore’s Law, and the Apple I and II. He is a CHM Core Member, has a Bachelors in Mathematics from Pacific Lutheran University, and has been a Computer Engineering graduate student at Stanford University.